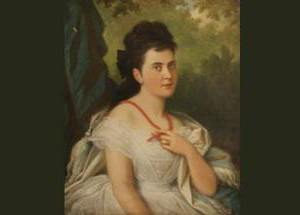 When Caspar died, his wife, Ida Kropff, nee Brüning, became the sole heir and thus the first woman at the top of the company.

On 3 June 1891, Ida married Dr jur. Hans-Karl Federath, District Administrator and later honorary citizen of the city of Brilon. The marriage enriched Ida's social life. She and her husband were, for instance, frequent guests of Reichs Chancellor Otto von Bismarck in Berlin.

She also left her mark in Olsberg as a clever and far-sighted benefactor. For instance, she established the Kropff-Federathsche Stiftung for underprivileged children, which to this day still operates in her name. The caps worn by the local St. Michael Shooting Association also commemorate her as a generous benefactor.

Ida faced great challenges with the early death of her husband. But she involved herself with great energy and business acumen in the Olsberger and Altenbekener Hütte.

She remained without children and so in 1918 she left her estate to the Kropff-Federath'schen Stiftung she had founded.

The company, which until then had operated in Olsberg as the Caspar-Kropff-Hütte, briefly came into the ownership of the foundation before Ida's nieces and nephews in the Everken, Hövener and Brüning families took the business over in 1920.

"Olsberger Hütte G.m.b.H." was then founded.